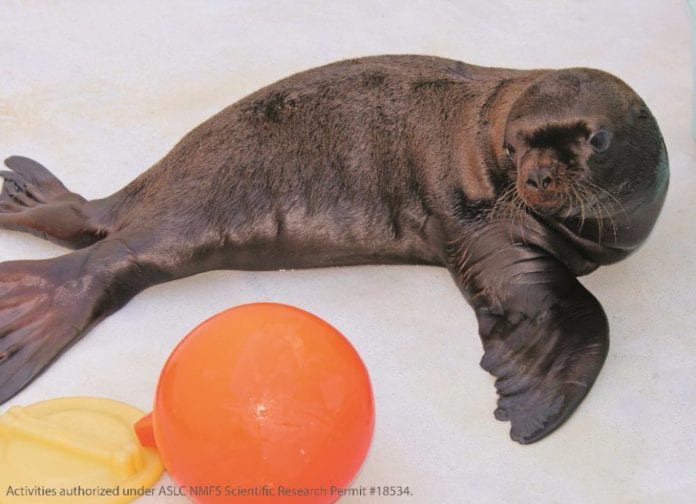 A new baby was born at the Alaska SeaLife Center earlier this month.

She is the third Steller sea lion pup ever born at Seward’s SeaLife center, and the third born in a North American facility since the 1980s, according to the center. Her parents are sea lions Eden and Pilot.

“We’re excited to announce this new addition to the Alaska SeaLife Center family, and pleased to report that both Eden and her pup are doing well,” the SeaLife center’s president and CEO Tara Riemer said.

The center has yet to release the new pup’s name, but plans to announce it when she debuts in the public viewing area sometime in the next two months. She has not yet joined the other sea lions, allowing her mom time to nurture her in a private environment.

While the center is celebrating this new life, it is also mourning the loss of another pup, which was stillborn to 13-year-old sea lion Mara on June 24.

“It was Mara’s first pregnancy and Pilot was the father,” the center said in a press release. “Stillborn births are not abnormal for first-time mothers, nor for those that begin breeding in middle age.”

Mara is healthy and has returned to her normal schedule, according to the center’s veterinary staff.

The first and second pups born at the Center were Eleanor “Ellie” and Forrest, also born to 16-year-old Eden. Their father was Woody “the beloved pinniped patriarch that passed away last November,” the center said.