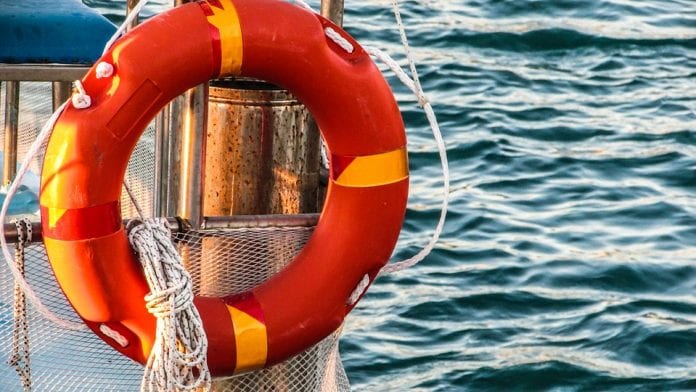 “It’s time for a checkup from the neck up” – meaning an industry time out to evaluate fishing operations and behaviors, advises Jerry Dzugan, director of the Sitka-based Alaska Marine Safety Education Association for over 30 years.

Dzugan was speaking in response to the 11 fishing deaths that have occurred in Alaska so far this year. It’s the most in 13 years and follows a 76 percent decrease in commercial fishing fatalities since the 1980s.

“The causes are still capsizing, sinkings, swampings and man overboards (MOBs). They haven’t changed much,” Dzugan said. “People need to step back and focus on the basics, such as making sure your vessel is stable and water tight, and that your crew is protected from man overboards.”

Flooding and loss of boat stability are the cause of fifty percent of all fishing fatalities. Between 25 to 35 percent are from falling overboard, which is easily preventable. Dzugan said a long-term federal study of over 500 Alaska fishing fatalities showed that not one MOB was wearing a life jacket.

“You don’t fall in the water and die right away. You’ve got a half hour to an hour before you succumb to hypothermia. The biggest risk is drowning and we’ve had a solution to that for hundreds of years, and that’s a life preserver,” he explained.

There are a lot of “cultural barriers” to wearing PFDs (personal flotation devices), Dzugan said, combined with a lack of awareness of what is available today. The arguments heard in AMSEA training workshops are that PFDs are uncomfortable, they get snagged on things and they are difficult to work in. Minds are slowly changing, he said, and more fishing operations are now requiring that PFDs be worn on deck.

“When you show them products that are built in to your coveralls or comfortable vests that help keep you warm and help absorb shocks from banging around on deck, they go out and buy them,” he said.

Test trials by fishermen bear that out.

In a 2012 study by the National Institute for Occupational Safety and Health, 400 Alaska fishermen wore six different PFDs for one month aboard crab boats, trawlers, longline and gillnet vessels. They then rated the gear for performance and comfort with a Mustang auto-inflatable PFD vest coming out on top.

Most of the fisherman-approved models have PFDs built into suspenders, including Guy Cotton or Stearns rain gear. Stormy Seas, Regatta and Stearns models also feature yokes and bibs that clip into Grundens deck gear. Prices for the PFDs range from $125 to $200 and most are available at local gear shops.

Along with wearing life preservers, Dzugan said all vessels should have a mechanical way to get people back on board, at least with blocks and tackle, and a boarding ladder.

“Make sure the crew knows what to do in that situation.  If you fish alone, be sure you get yourself back on the boat,” he stressed.

Many man overboard alarms have an engine shut off capacity (most are in the $400 range), and Dzugan advises not going out on deck alone without telling someone, especially at night. More than half of all MOB’s are not witnessed.

He added that a lot of fishermen don’t have good technical knowledge of vessel stability.

“A swamping takes just one wave,” he cautioned. Have respect for anything that changes a boat’s center of gravity,  and make sure your vessel is water tight.

“Even if the vessel originally had a water tight bulkhead, people drill holes through them for piping or electrical passages and don’t fill them up again,” he explained. “People get other priorities and they defer maintenance and often forget about the watertight integrity of their vessel.”

Vessels also should have high water alarms in every space and good pumps.

Check your immersion suits and other survival gear, Dzugan stressed, and do onboard safety drills. The U.S Coast Guard Fishing Vessel Safety Act states “the master, or other person in charge of each commercial fishing vessel, must ensure that basic safety drills and instructions are given to each crewman at least once each month.”

“It’s tough for the Coast Guard to enforce,” Dzugan said. “A lot of people think doing a drill is talking about it around the galley table once a year.”

Another cause of fishing accidents is simply fatigue and not getting enough sleep. “All the studies show that your decision making decreases the longer you go without sleep, and you start making stupid mistakes,” he said.

“Mother Nature doesn’t care a whit about you,” Dzugan said. “If there’s a storm forecast, don’t go out. It’s not worth it.”

Fish watch – Salmon takes center stage all summer but lots of other Alaska fisheries are going on as well.

For salmon, the catch by Aug. 4 was nearing 121 million fish. Sockeyes totaled about 50 million, of which nearly 38 million were from Bristol Bay. Statewide pink salmon catches were on their way to 52 million, with half coming from Prince William Sound. The total Alaska salmon catch for this year is pegged at 204 million fish.

A lingcod fishery continues in Prince William Sound through year’s end with a 32,600-pound harvest.

In Southeast Alaska, beam trawl shrimping continues through the end of August with a 175,000-pound catch quota.

Starting August 15, 78 permit holders in Southeast will set out for 720,250 pounds of pricey sablefish. A small 54,000-pound sablefish fishery also is underway in Cook Inlet.

Cook Inlet also opens to scallop fishing on Aug. 15. Dredges are still dropping in other parts of the state with a total catch quota of 306,000 pounds of shucked scallop meats.

Nearly 60 percent of the 18 million pound halibut catch has been taken with Kodiak leading all ports for landings, followed by Seward and Homer.

Fishing for pollock, cod and other whitefish continues in the Bering Sea. Pollock reopens in the Gulf on August 25 with a 4.2 million pound harvest.

Golden king crab kicked off along the Aleutians on Aug. 1 with a 5.5 million pound catch quota.

Fish agenda – The state Board of Fisheries is lining up its agenda items for its annual meeting cycle that will focus on regulation changes for subsistence, commercial, personal use and sport fish fisheries at Prince William Sound, the upper Copper and Susitna regions and Yakutat, along with Dungeness crab, shrimp and miscellaneous shellfish issues.

The Board has 227 proposals on its docket so far and the call is out for proposals from other regions to be considered at Oct. 17-19 work session in Anchorage.

“The board will review agenda change requests (ACRs) and decide if they meet the defined criteria to accept them,” said executive director Glenn Haight, adding that up to 25 requests are usually submitted.

Last year, when the focus was on Kodiak and Cook Inlet fisheries, 12 ACRs came in from other regions and only two were accepted, he added.

For an ACR to be accepted it must not be an item that is included in the region already being considered; it must address a fishery conservation purpose, or correct an error in a regulation or an impact on a fishery that was unforeseen, Haight said.

Agenda change requests must be submitted by Aug.17 to be considered at the October work session in Anchorage. No regulations are passed nor are public comments taken at that time, although written comments may be submitted.

A special consideration added to the October agenda is a Kodiak/Cook Inlet salmon genetic study.

Comments may be faxed or mailed to ADF&G Boards Support Section in Juneau or via email to dfg.bof.comments@alaska.gov.