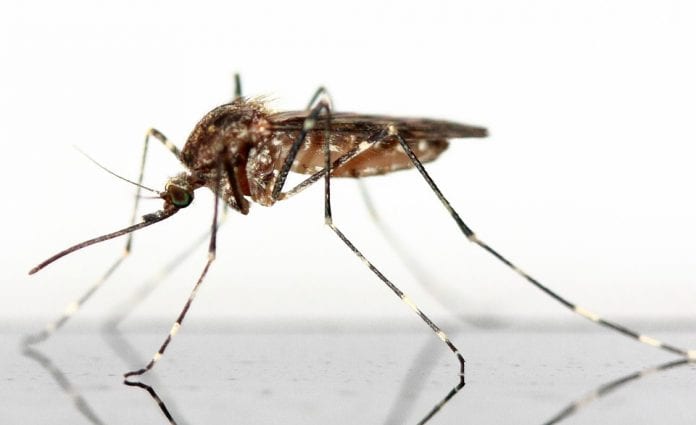 A new report from National Geographic magazine notes that blood-sucking mosquitos, the legendary bane of Arctic travelers, from caribou and reindeer to humans, are emerging earlier, growing faster and surviving longer.

For lack of a lot of animals to eat in the Arctic, “when they finally find one, they are ferocious, they are relentless. They do not stop,” writes Lauren Culler, a postdoctoral researcher who studies insects in Greenland for Dartmouth College’s Institute of Arctic Studies.

Her research was published earlier in Proceedings of the Royal Society B, online at

“Unlike tropical mosquitoes, Arctic species don’t carry human diseases. But the change could spell trouble for caribou and upend the ecology of the tundra, where mosquitoes pollinate plants and provide food for birds and other insects.”

In her recent field seasons in Greenland, Culler found that with the Arctic warming twice as fast as the rest of the globe, ponds and lakes on the tundra are melting up to several weeks sooner, and when that happens mosquitoes take wing earlier.

Culler also found that warming allowed the insects to develop faster, which had a huge impact on survival. Mosquitoes are most vulnerable in their early life stages, when diving pond beetles easily gobble them up. Even with these beetles also growing faster and eating more, mosquitoes are still managing to make it to their adult stage in greater numbers, Culler said.

Arctic mosquitoes typically emerge all at once in massive swarms, and can quickly launch an assault on people, but their swarm attacks also threaten entire populations of other animals.  When the mosquitoes attack caribou or reindeer en masse, these animals run to snowy or icy areas or a windy ridge to escape the attack. The more time they spend running to avoid the swarms, the less time they spent eating, which can contribute to population declines.

The Cordova Times - July 1, 2022
The following is a summary of incidences that occurred or were reported to the Cordova Police Department June 20 through June 26, 2022. Defendant(s) are presumed innocent until proven guilty in a court of law.