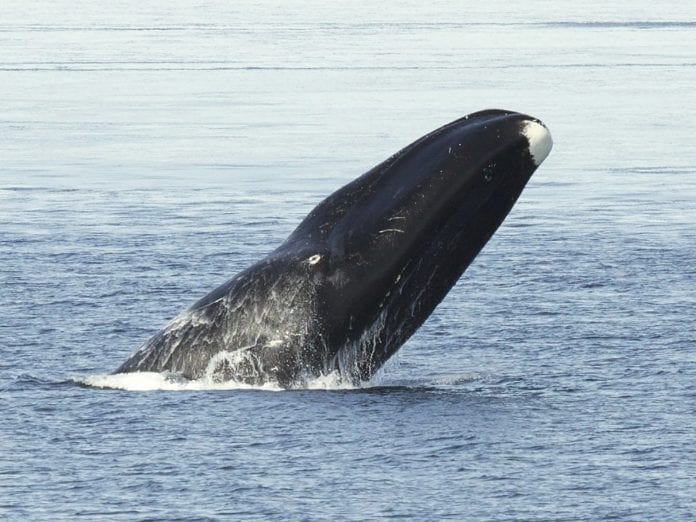 The National Oceanic and Atmospheric Administration says the public has until Sept. 14 to comment on quotas for a six-year period to begin in 2019.

The International Whaling Commission, which has final say on quotas for subsistence harvesting of large whales, meets next in Brazil in 2018.

The environmental impact statement being prepared will help NOAA decide how Alaska’s share of catch limits is allocated, according to NOAA spokesman Chris Rogers. The Alaska Eskimo Whaling Commission decides how the quotas are actually split among the whaling communities.

“The EIS is a routine step to consider the environmental consequences of continuing to authorize the harvest,” Rogers said in an email Tuesday. The last such assessment was last done in 2013.

A federal notice posted Aug. 15 by NOAA fisheries lists four possible alternatives to be considered, including not allowing any quotas.

The other alternatives include annual strike limits of 67 bowheads, with as many as 336 whales landed over the six-year period. Each of those options adds other potential limits, including how many unused strikes can be carried over to subsequent years, if at all.

In 2012, the International Whaling Commission extended bowhead catch limits allowing Alaska and some Russia Native hunters to land as many as 336 whales through 2018.

According to NOAA’s new federal notice, the U.S. and Russian Federation submit a joint request to the commission for the catch limits.

Representatives of the Alaska Eskimo Whaling Commission did not immediately respond to requests for comment on the federal plan.

But harvesting bowheads is considered a sacred accomplishment by many Alaska Eskimos in the whaling communities who heavily rely on the meat for much of their food. The hunts are blessed through ceremonial dances. Successful harvests prompt celebrations where tons of meat are cut up and distributed.

The AEWC says on its website that the bowhead whale has been hunted by Native people for thousands of years.

“The entire community participates in the activities surrounding the subsistence bowhead whale hunt, ensuring that the traditions and skills of the past associated with their culture will be carried on by future generations,” the organization writes.