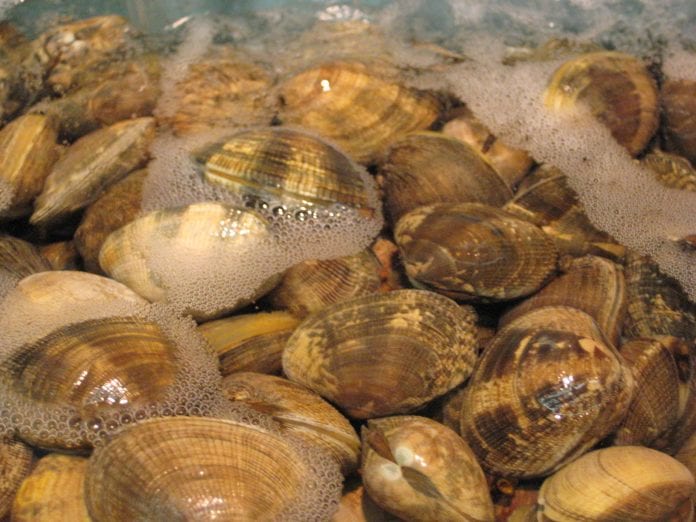 “Not since the campfire scene in Mel Brooks’s film Blazing Saddles has the world been exposed to flatulence on such an epic scale.”

So reads the recent headline in The Times UK announcing that, unlike cowboys eating gassy beans, in this case it is shellfish that are producing vast amounts of methane.

Researchers off the coast of Sweden revealed that underwater flatulence by mussels, oysters and clams produced one-tenth of greenhouse gases released in that part of the Baltic Sea, equivalent to 20,000 cattle. The Stockholm University scientists said they believe the shellfish are farting more robustly due to increased digestion of agricultural fertilizers in coastal waters. On a more helpful note, fish farts also are giving researchers and managers clues to fish distributions.

ScienceShots, a publication from the American Association of the Advancement of Science, reports that a University of South Florida team picked up barely audible, cricket-like noises using a robot glider that sampled ocean sounds in Tampa Bay.

The sounds lasted throughout a day and night, and were most likely from massive schools of menhaden and herring releasing gas from their swim bladders.

NOAA estimates that of the 30,000 or so fish species in the world oceans, fewer than 1,000 have been recorded.

The tiny cusk eel, for example, can sound like a jackhammer. A drum fish protecting its nest makes a mix of thumping and fog horn sounds. And for years the mating calls of codfish have wreaked havoc for the Norwegian navy because the love sounds are similar to enemy submarines.

Researchers believe that tuning into the underwater soundscape can offer more clues to where sea creatures are and what they are doing.

Fourteen new Alaska seafood products were to be showcased and judged this past week at Pacific Marine Expo in Seattle. The products are competing in the annual Alaska Symphony of Seafood, hosted for 25 years by the Alaska Fisheries Development Foundation.

Beyond the Plate entries highlight the items that can be made from fish byproducts. Cod Crunchies Pet Treats by Alaskan Leader Seafoods is competing against three crab shell-based entries from Tidal Vision LLC of Juneau:  High Tide, a plant immune booster, Game Meat Protector, a spray that prevents spoilage and repels insects, and Crystal Clarity, a 1 percent Chitosan Fining Agent for beers, wines and other beverages.

The industry will get a first glimpse of next year’s potential catches at the International Pacific Halibut Commission meeting Nov. 28-29 month in Seattle, and final numbers will be announced in January.

The Alaska pollock fishery called it a wrap on Nov. 1 with a catch topping three billion pounds. The pollock harvest is pegged at that amount for 2018. The North Pacific Fishery Management Council will announce catch limits for pollock, cod, flounders and myriad other fish species under its purview during its Dec. 4-12 meeting in Anchorage.

The state Board of Fisheries meets Dec. 1-5 in Valdez to take up commercial, sport, subsistence and personal use fisheries at Prince William Sound and the Upper Copper and Susitna River regions.  A one-hour training session on “How to Navigate the Board Process” is set for Dec. 1 during the noon break.