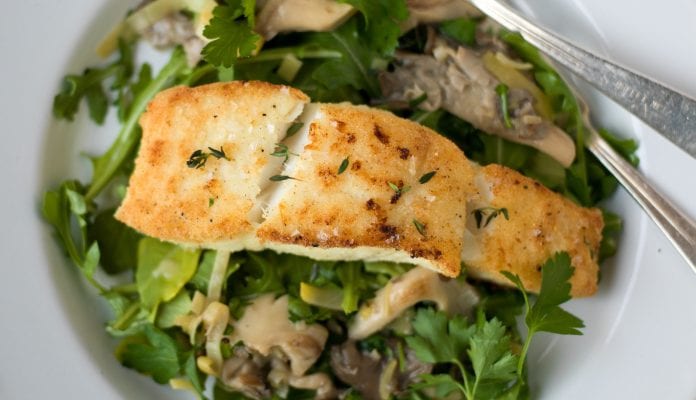 On a domestic and international scale, the Alaska Seafood Marketing Institute expanded its reach over the past year to promote domestic and overseas sales of wild Alaska seafood, and educate the industry on seafood technical issues.

In presentations Nov. 28, at the start of ASMI’s three-day All Hands meeting in Anchorage, some 200 participants heard progress reports on these and other related issues, including ASMI’s sustainability program.

Fisheries market researcher Andy Wick, presenting for the McDowell Group in Juneau, noted that the cumulative first wholesale value of wild Alaska seafood from 1959 through 2016 totaled $170 billion, equal to the value of all major professional sports teams in North America.

Eighty percent of the state’s commercial seafood harvests from 2011 through 2015 was in high volume groundfish, including Pollock and cod, while salmon garnered on average 15 percent of the catch, halibut and black cod 1 percent, and crab 1 percent.

Those percentages were compiled from data provided by National Marine Fisheries Service and the Alaska Department of Fish and Game.

The preliminary 2017 ex-vessel value of all Alaska salmon this year was $679 million, up 64 percent since 2015, as fishermen saw one of the most valuable harvests on record.

Wick noted that prices of farmed seafood, while down, remain high, and that roe prices were trending up.

ASMI’s Global Food Aid Program also expanded its reach over the past year, introducing its products to more than 15 million new customers, said Bruce Schactler, the program’s director.  The program helps the industry move inventory, including large amounts of canned salmon, while providing low cost high protein additions to the diets of nutritionally challenged people participating in domestic and international food aid entities.  To that end, ASMI works with the US Department of Agriculture, local food banks, and federal agencies including the national school lunch program and food distribution programs on Indian reservations, as well as entities focused on overseas food aid programs. Global Food Aid, which started to move Alaska canned salmon more quickly, currently has brought in more than $18 million in sales, Schactler said.

One of the most recent additions to the Global Food Aid Program is wild Alaska herring fillets, which are for sale in the United States and abroad. Alaska coastal communities, where the species is abundant, but underutilized, will benefit from the increased exposure of herring in the marketplace, Schactler said.

On the technical front, ASMI has continued outreach with educational materials related to Alaska seafood, to spread word on the nutritional values, how the harvest is utilized, quality handling of the catch and safety measures for harvesters, said Michael Kohan, seafood technical program director for ASMI.

The goal of the seafood technical program is to connect with the industry and provide resources in multiple technical categories, including seafood quality, safety, traceability, utilization, nutrition and promoting innovative opportunities in science and research for Alaska seafood Kohan said.

These and other presentations at the All Hands meeting are to be posted on the ASMI website www.alaskaseafood.org

Letter to the Editor: Let’s care for others to see the real beauty in our community

Cordova Chronicles: How the game of basketball has changed

Electric costs likely to rise through March in Cordova

Around Town: ‘Screenagers’, Ahoy Iceworm, Round Up at the Register

The Cordova Times - January 21, 2022
The following is a summary of incidences that occurred or were reported to the Cordova Police Department Jan. 10 through Jan. 16, 2022. Defendant(s) are presumed innocent until proven guilty in a court of law.

Letter to the Editor: Let’s care for others to see the...