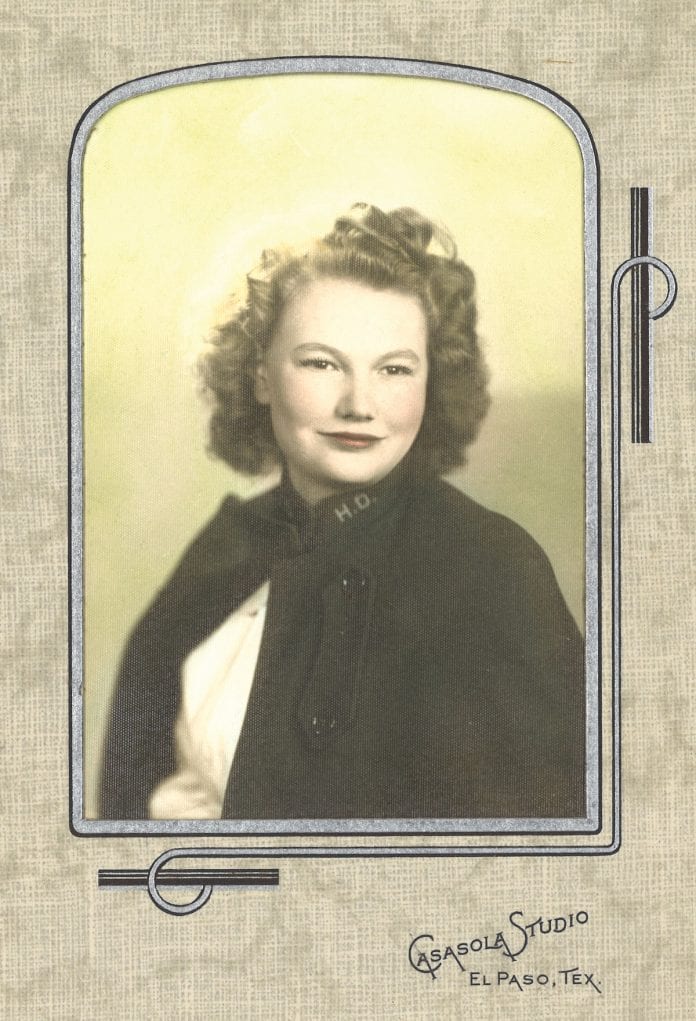 Mary Eldred passed away in Cordova, Alaska on March 28, 2018 after a five-year struggle with Alzheimer’s and dementia. She was born in El Paso, Texas, on February 26, 1926 to Bessie Lee and Frank Gunn. She was raised in El Paso and graduated from El Paso High School in 1944. While attending nursing school, she met her future husband Harold Moore, Jr. who was stationed at the nearby Fort Bliss Army Base. They were married at the conclusion of World War II in El Paso and settled near family in Southern Oregon where they raised two children.

In 1959, she began a nursing career and enjoyed it for 40 years. In 1975 she moved to Seattle, Washington where she worked until 1999. For many years, she was a red-headed, independent, delightful force of nature who was able to balance work with raising children and grandchildren. Our mother taught us to speak clearly, walk upright, skip, whistle, ride a bike, swear, love one another – and that every day is an opportunity to do something better! She loved all children, books, men in uniform, chocolate, dogs and any family adventure. She spoke her mind – always, and the truth as she knew it, often to the discomfort of others.

She moved to Cordova, in May of 2015, where she lived with family until her death. She was preceded in death by her parents and her children’s father. She is survived by her brother Lewis (Butch) Bates and wife Jeanette of Salina, Kansas; her daughter Leslie Weber and husband Jan of Seattle, Washington; and her son Harold Moore III and wife Wanda Of Cordova, Alaska. No funeral services are planned.