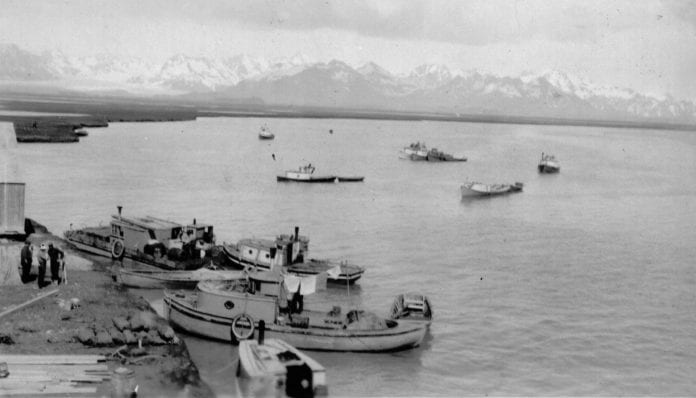 Early Cordovan fishing vessels photographed at Parks Crossing on Eyak River. Named for the cannery that existed near the mouth of Eyak River which was destroyed by fire in 1932.

James Wilson Parks established the Eyak River cannery and then later purchased the Lathrop Company’s Glacier Sea Foods located on the Ocean Dock. He developed that business into one of the most modern canneries in Alaska during the 1930s and established the Western Fisheries Company which operated extensive cannery installations in both Cordova and Kodiak. J.W. Parks died at the age of 68 in 1946 but his son, Harold M. Parks carried on the family’s fishing interests.

This memory is brought to you courtesy of the collection from the Cordova Historical Society held in the Museum.