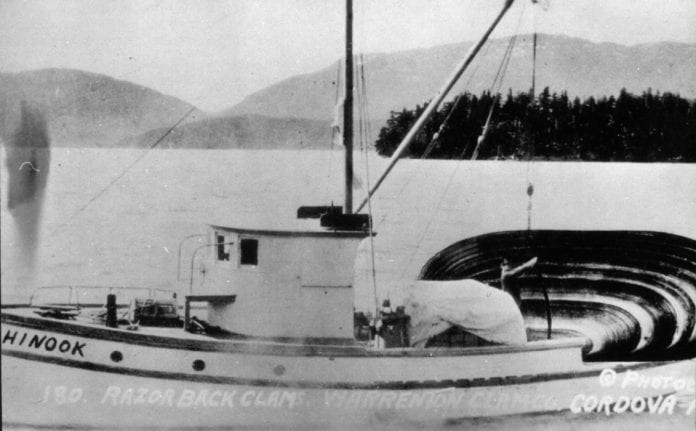 This clam would be more than enough for a couple batches of chowder! Some very tricky photographic skills led to this posed photo.

Commercial clamming began in the mid-teens in this area with the opening of the Lighthouse Canning and Packing Company. In 1914, 35 diggers dug 429,846 pounds of clams. In the following year, which was peak for the industry, 3.5 million pounds of razor clams were dug by 135 diggers. By 1932, Cordova was known as “The Razor Clam Capital of the World” and generated over half the clam pack produced for the entire United States.

This photo came from the archives and collections of the Cordova Historical Society.