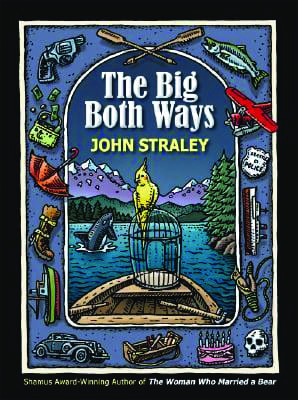 After you spend the day out birding, stop in the Cordova Public Library and find a good read all about birds. Here are some of your librarian’s favorites for all ages.

The Paper Crane by Molly Bang

A mysterious man enters a restaurant and pays for his dinner with a paper crane that magically comes alive and dances.

Caldecott Honor Winner. Determined to learn to fly, Rudy adopts a hawk hoping that their kinship will bring him closer to his goal.

The Best Nest by P.D. Eastman

Mr. and Mrs. Bird search for a place to build a new nest only to discover their old one is better!

An Eyewitness Book. A photo essay on the world of birds examining such topics as body construction, feathers and flight, the adaptation of beaks and feet, feeding habits, courtship, nests, eggs and bird watching.

When Charlie’s friend Singing Bird, a Teton Sioux, tells him that ravens have curing powers, Charlie steals a baby bird from its nest hoping it will cure his grandfather, and granddad, a retired naturalist, encourages Charlie to record his observations of the bird and study the effect it has on humans.

The Big Both Ways by John Straley

It’s 1935. Slip Wilson walks off his job at a logging camp after a gruesome accident kills a coworker. On his way to Seattle to start over, he helps a woman get her car out of a ditch, and his life takes a serious detour. The woman, Ellie Hobbes, is an anarchist from the docks of Seattle who takes care of her young niece and dreams of flying planes. But right now, she has a dead body in the trunk of her car and she’s on the run. So begins the action that takes Slip, Ellie, her niece, and her noisy yellow bird on a heart-stopping adventure up the Inside Passage from Puget Sound to Alaska.

Murder with Puffins by Donna Andrews

A romantic getaway was what Meg Lagslow had in mind when she and her boyfriend planned a trip to the tiny island of Monhegan off the coast of Maine. They would spend their days hiking the trails and their evenings by the fire. But in this remote place, birds of a feather flock together and Meg quickly learns that this vacation isn’t going to go as planned. Although the puffins have already flown south for the winter, the island still harbors a flock of birdwatchers —and Meg’s family…discovering her parents, her brother, her aunt, and a nosey neighbor on the island is Meg’s first surprise. Her second one comes when a body is found, and her father is accused of murder.

And we’ll end there – but all of Donna Andrews books have birds in the title and in the story! The Cordova Public Library also has an entire collection area dedicated to birds. Stop in and pick out a reference guide and spend the spring birding, and reading!

Avalanche hazard remains moderate, but should decrease through Thursday

Avalanche hazard remains moderate, but should decrease through Thursday