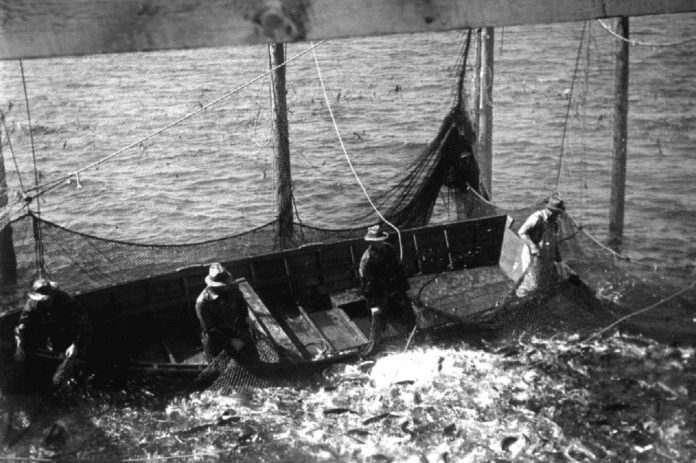 Of all the methods of catching fish, fish traps were the most efficient and cost-effective and over 40 trap sites were established in Prince William Sound during the heyday. Traps were operated six days per week, 24 hours a day during the annual fishing season. Throughout the late ’40s and early ’50s though there began a steady decrease in the number of fish taken statewide.

This photo came from the archives and collections of the Cordova Historical Society. Have some photos you think might be a nice addition to the collection? Stop by and visit with us.

Cordova Chronicles: Fishing is the Name of the Game