By Ashley Taylor
For The Cordova Times

Elodea canadensis, also known as Canadian waterweed, is arguably the most prolific invasive plant in Cordova. You’ve likely encountered this pesky aquatic plant while kayaking or fishing in Eyak Lake or on the Copper River Delta. Elodea is an invasive freshwater aquatic plant that prefers slow-moving water bodies like lakes or ponds and grows in large mats. A single stem contains short leaves in whorls of three. It reproduces primarily through stem fragmentation, which means that any part of the plant can root and establish new populations of elodea. Even the smallest of fragments can form roots and have high survival rates which allow them to be dispersed over long distances. This species can also survive and grow slowly under ice making it a hardy plant with increased survival rates. Left untreated it will spread downstream and into new water bodies.

An unfortunate claim to fame, elodea was first discovered in Alaska in 1982 near Mavis Island in Eyak Lake and is believed to have come from a dumped aquarium. It has since been discovered in five other communities in Alaska. Locally, elodea is found in Eyak Lake, McKinley Lake, Eyak River, Wrongway Pond, Wooded Pond, Martin Lake, Alaganik Slough, Bering Lake, small ponds off Eyak River, and sloughs adjacent to Alaganik Slough.

A recent study conducted by the Institute of Social and Economic Research at the University of Alaska Anchorage suggested that elodea has the potential to have negative economic consequences for commercial sockeye salmon fisheries. Elodea is not yet widespread in Alaska but the areas in which it is found have seen a rapid spread of the plant. This has led to proactive preventative steps taken by the Department of Natural Resources. In 2014, the State of Alaska instituted a statewide quarantine that prohibits the importation, transport, purchase, sale or distribution of plants or plant parts within the state for five aquatic plants, including elodea.

Across the state, efforts to curtail the spread of elodea and eradicate established populations are ongoing. Locally, the U.S. Forest Service is monitoring and conducting a small-scale treatment study in partnership with CRWP which may help inform management strategies statewide. You can stop the spread of elodea by inspecting and cleaning float planes, boats, trailers and any gear that’s been in infested waters. As a friendly reminder, please do not move any part of elodea, in accordance with the state quarantine. If you believe you’ve spotted a new infestation, take a photo, note the location by GPS or by marking it on a map, and contact CRWP or USFS. 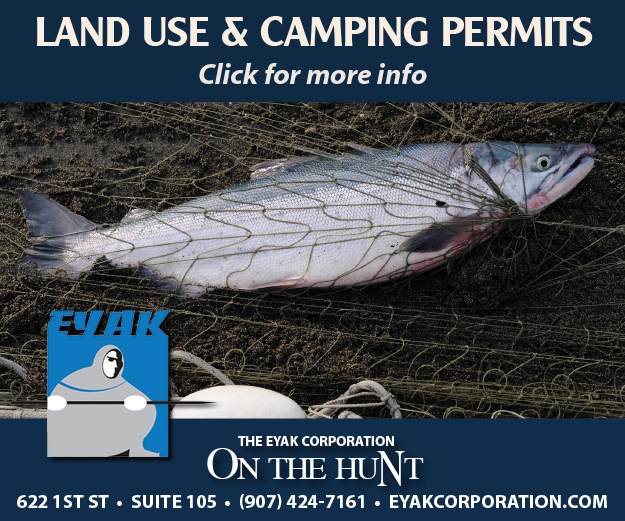 Tribal entities will work with feds on missing and murdered indigenous...

Commentary: This summer, let’s eat healthy and get active