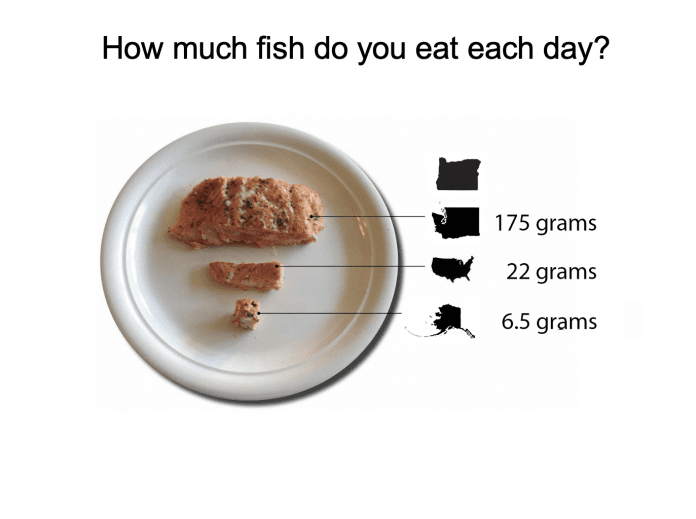 A federal grant will fund efforts of the Southeast Alaska Indigenous Transboundary Commission and Wrangell Cooperative Association to collect data on the amount of fish and other seafood consumed by indigenous people who reside in Wrangell.

The $129,343 grant for the two-year project was awarded by the Bureau of Indian Affairs, Office of Trust Services Tribal Climate Resilience.

“Our foods are safe and healthy to eat,” said Rob Sanderson Jr., SEITC chair. “It is important we keep it that way for our future generations.”

The project will provide data to help the state of Alaska set water quality standards to protect those who eat a lot of seafood. The data will also be shared with federal officials and the public. Water quality standards derived from fish consumption data are used to help control the amount of contaminants released under state authorized wastewater permits.

“Alaska is unique in that we still have a vast resource of clean water,” said Frederick Olsen Jr., SEITC’s executive director. “Down south, 40% of all waters are too contaminated to eat any fish that may live there.”

“This survey is the first of its kind in Southeast Alaska,” said Esther Ashton, tribal administrator for the Wrangell Cooperative Association. “We need to be sure that as Alaska is developed, we do not lose access to our traditional foods.”

The Cordova Times - June 24, 2022
The following is a summary of incidences that occurred or were reported to the Cordova Police Department June 13 through June 19, 2022. Defendant(s) are presumed innocent until proven guilty in a court of law.

‘See you on the road’ for Alaska Salmon Runs