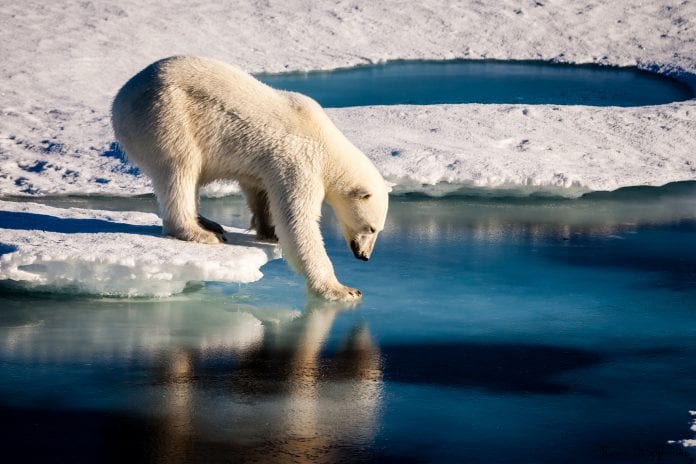 A congressional subcommittee is urging the U.S. Fish and Wildlife Service to provide more protection for polar bears under the Endangered Species Act in the face of oil and gas development and growing impacts of climate change.

“Everything we know and continue to learn about the impacts of climate change on polar bears and their habitat indicates a dire trend toward extinction,” said 24 members of the House Natural Resources Water, Oceans and Wildlife Subcommittee in a letter Monday, Dec. 6. “Broad climate considerations and the site-specific impacts of industrializing polar bear critical habitat counsel strongly toward protecting that habitat from additional oil and gas development that will only compound the problems.”

The signers, led by Rep. Jared Huffman, of California, who chairs the subcommittee, wrote to Martha Williams, acting director of USFWS.

The letter notes that the Arctic region is one of the fastest-warming places on Earth and that Arctic sea ice is rapidly diminishing. The year 2012 saw the record minimum of sea ice extent and was also the worst year for polar bear survival in the Southern Beaufort Sea, they told Williams.

Given that it will take decades to reduce atmospheric carbon to levels that will allow the restoration of sea ice habitat, which is critical to polar bears for hunting food, conserving remaining polar bear habitat is a critical immediate conservation strategy, they said.

“The service must take all available steps to conserve polar bears and habitat while solutions to reduce greenhouse gas emissions and mitigate their impact are implemented globally over the coming decades,” they said.

The letter also asserted that it is simply not possible with current technology to reliably detect denning bears, so it is also not possible to eliminate the risk of serious injury and mortality to both mother bears and cubs from industry activities including seismic exploration, blasting and construction related to oil and gas exploration and development.

Menopause: What to expect