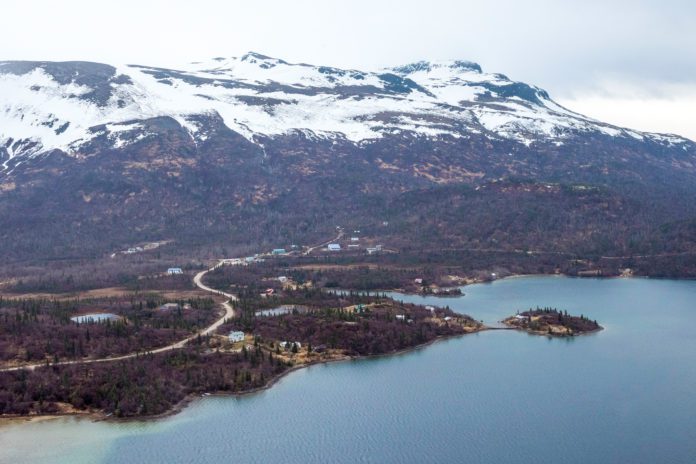 Gov. Mike Dunleavy also announced on Tuesday, April 26, a notice of trespass and cease-and-desist letters sent recently to the federal departments of Agriculture and Interior for federal infrastructure, including docks, that lack permits on state-owned submerged lands. The state identified both as part of Dunleavy’s “Unlocking Alaska Initiative” which began a year ago in his effort to secure submerged lands and navigable waterways.

“There is a misconception that these actions are to take away land from the federal government and give it to the state — this is false,” Alaska Deputy Attorney General Cori Mills said. “Alaska was already given these submerged lands — the federal government just refuses to rightfully recognize it. This would be similar to your neighbor asserting that your driveway may not actually be your property, despite a clearly demarcated boundary line on a survey map.”

In the Submerged Lands Act (SLA) the federal government promised all states the right to own lands and resources beneath navigable (usable for transportation or commerce at statehood) lakes, rivers, and offshore waters. The state contends that rights under the SLA are acquired immediately at the time of statehood and cannot be arbitrarily denied or taken away later by the federal government.

The Cordova Times - July 1, 2022
The following is a summary of incidences that occurred or were reported to the Cordova Police Department June 20 through June 26, 2022. Defendant(s) are presumed innocent until proven guilty in a court of law.