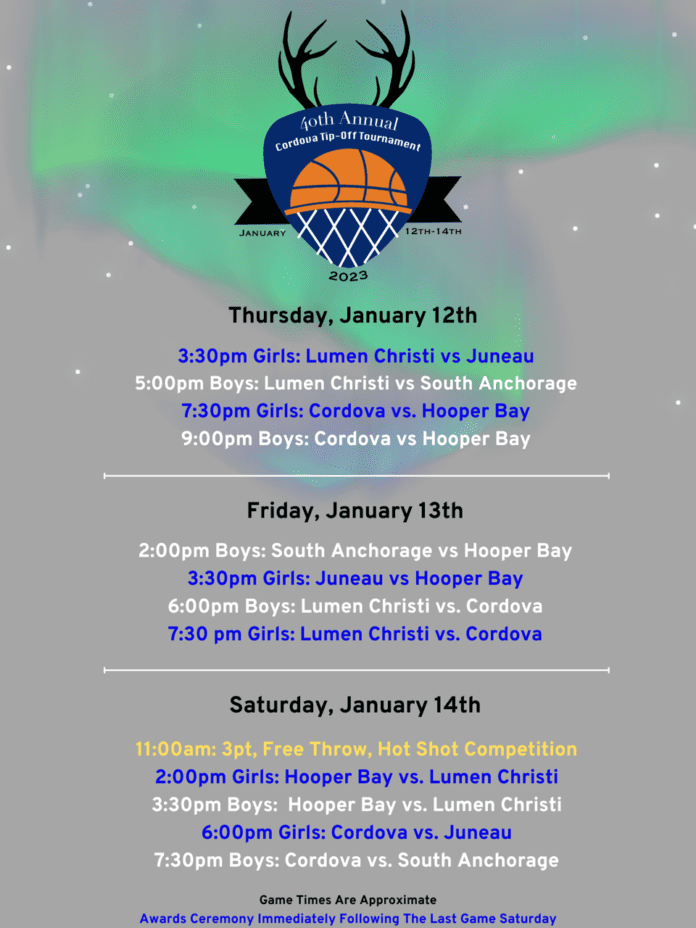 The 40th Annual Tipoff is underway.

A highlight of the basketball season, the three-day, eight-team girls and boys round-robin tournament was started in 1982 by the now defunct Cordova Elks Lodge to expand the home basketball season and attract teams from across the state.

It has been a huge success, packing the Cordova High School court with spirited crowds and gaining notoriety throughout Alaska for the excitement and hospitality of Cordova.

So far, 57 schools have sent teams to the Tipoff. This year that count will increase, with the arrival of Hooper Bay and South Anchorage JV.

Cordova will play the late games each day.