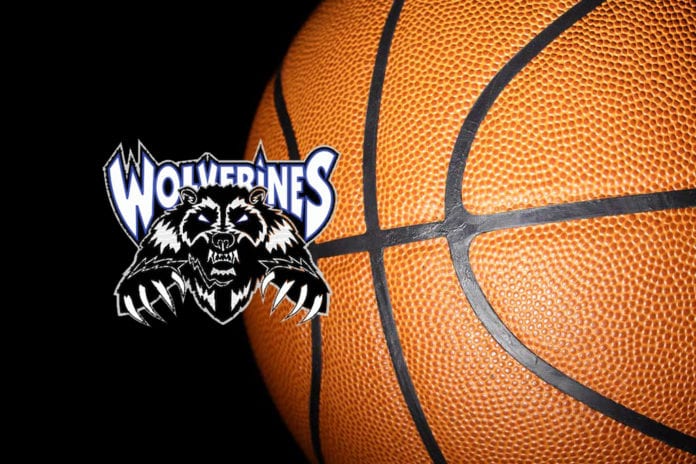 Cordova’s junior high basketball teams finished their season with three days of action in the Valdez Invitational on Nov. 9-11.

The Cordova girls topped Grace Christian in consolation play after losing to Valdez and Delta in earlier games. Cali Sjostedt was selected to the All-Tournament team, and Gwethalyn Jacob received the Sportsmanship Award for Cordova.

The Valdez girls won the tournament, defeating Monroe in the championship game after losing to them in the semi-final.

The Cordova A boys team finished 6th, losing to Valdez 47-21, Grace 28-13, and Glennallen 28-25. Arthur Adams was selected to the All-Tournament squad, and Cody Shaw was named to the All-Sportsmanship team.

Monroe won the A boys tournament.

The Cordova B boys squad played six games, losing to Monroe 32-14 in the championship contest, to finish in 2nd place. Cole Hanson led Cordova in that game with 6 points.

“That’s pretty incredible, since this is his first year of playing basketball,” Coach Doug Carroll said. “He’s a 6’0” seventh grader, and really improved a ton over the season.”

Sam Heidbrink was named to the B tournament All-Sportsmanship team.

“It was a fun season watching all of the kids grow throughout the year,” Carroll said. “We took pride in having a balanced attack and having a team where the parts were more interchangeable than anything.”

Cordova fans won’t have to wait too long for more hoops action. High school practice starts on Nov. 29, and the season opens with Valdez coming to CHS for a series of games on Dec. 15-16.