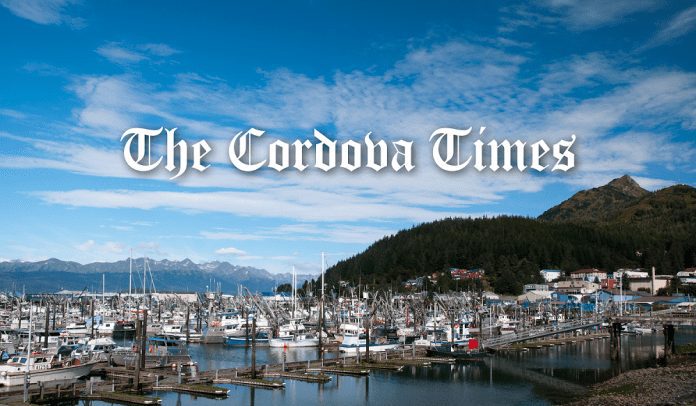 Panel members voted 4-2, with one person abstaining on Wednesday, Sept. 7 in favor of the action.  The trustee council is expected take final action when it meets on Oct. 5.

At the crux of the issue was action taken last year by the council to approve millions of dollars for projects, exceeding available funds.

Members of the trustee council sent a letter to the advisory panel on Aug. 22 requesting its support for a recission of its Resolution of March 1, 1999, which created a distinction between funds to be used to support habitat and research needs. Otherwise, the letter said, the research account would be drained to levels insufficient to support long-term research and monitoring, several mariculture projects, education and outreach projects and archeological repositories and museums past 2025.

The council’s spending scenarios document, dated Aug. 29, 2022, states that all remaining fund balances as of July 31, 2022 be allocated to projects at the Trustee Council’s October 13, 2021 and January 18, 2022 meetings for FY2022-FY2031. The encumbered funds were to be released in increments annually over the remaining years of council operations, the document said.

The document also notes that the research subaccount is projected to be insufficient to support the long-term research and monitoring program, data management program, mariculture projects, education and outreach projects and archeological repositories and museums past 2025. If the habitat and research subaccounts are combined, depending on the annual net asset value of the combined subaccounts, the funds are projected to be support all remaining projects through FY2028 or FY2029. The document is online at https://evostc.state.ak.us/media/7727/9-fy23-fy33-spending-scenarios-82922.pdf

Questions addressed to Taylor, who spoke about the issues to the advisory panel during its meeting, were referred by a publicist with the Interior Department in Washington DC to Shiway Wang, executive director of EVOSTC.

Wang said that while she cannot speak for the trustees that her understanding is that funding decisions last year were made under the belief that funds from the habitat subaccount could be used to support mariculture and other multi-year projects. “Upon further legal review after the meeting, agency attorneys determine that these approved projects could not be funded (or could only be partially funded) by the habitat subaccount due to restrictions set forth in the council’s March 1999 Resolution and corresponding paragraph 5 of Section 350 in the Public Law 106-113,” Wang said.

While again she cannot speak for the trustees, it may be that they were anticipating investment income earnings to fund future years,” Wang said. “This is not unreasonable given the income earnings of the subaccounts in the past which have amounted to more than anyone ever anticipated since the Alaska Department of Revenue began managing the funds, but the subaccounts have also incurred significant losses in the past due to down turns in the market,” she said.

Several members of the advisory panel said if they did not approve pooling of money that some approved projects would have to be cancelled.

“My strong preference is to make good on the offers we (EVOSTC) has made,” said John Whissel, who voted for combining funds. “It’s the only logical path forward, except it has shortfalls. We need to come up with enough funds to approve all the projects that were approved,” said Whissel, who heads the Department of Environment and Natural Resources for the Native Village of Eyak and holds the conservation/environmental seat on the advisory panel.

“The trustee council has the clout to get more money. I think we ought to make the most of the resources we have,” he said. “It was not our job to figure out how to allocate the funds.”

“You don’t want to leave things unfunded and it made sense to me to do it,” said Linda Leary, owner of Fishe®Wear, who fills the sport hunting and fishing seat on the council. Leary, who voted for the merger, said she did not know why the council approved more projects than that budget allowed for.

“It was more of a decision about how I feel about habitat conservation in general,” said Kristin Carpenter, one of two people who voted against the proposed action. “I was thinking of the value of that conservation and the original intent on how to use those funds.  It was a real tough call,” said Carpenter, executive director of the Prince William Sound Economic Development District, who fills the science/technology seat on the advisory panel.

Carpenter said the advisory panel had recommended that all four habitat protection projects be funded and the council did not fund any of them, but that the council did fund several mariculture projects.

“It is hard to understand how you could not keep a tally on what you were spending,” she said. “ I really did look at the numbers. They disregarded our advice.  How is it that you don’t try to live within the parameters of what money is available?” she asked.

There is still habitat work to be done,” said Amanda Bauer, who joined Carpenter in voting against the proposal. “We can never get back what we lost (in the oil spill disaster), but we can protect going forward,” said Bauer, a captain with Stan Stephens Glacier and Wildlife Cruises in Valdez, who fills the panel’s commercial tourism seat.

“The public is opposed to combining these accounts,” Bauer told the advisory panel. “There is still (environmental and habitat protection) work to be done.  The most important part of this whole thing is conservation work.”

Also voting for the proposal were Stacey Simmons, director of shareholder services for Koniag Inc, Cynthia Berns, vice president of community and external affairs for Old Harbor Native Corp., George Skladal, an Anchorage attorney who fills the public-at-large seat on the advisory panel and Michael Stekoll, a professor of chemistry and biochemistry emeritus at the University of Alaska Southeast.

and Stekoll the seat for aquaculture and mariculture.

R.J. Kopcheck, of Cordova, who holds the commercial fishing seat, abstained from voting.

Meeting documents are online at https://evostc.state.ak.us/events/?year=2022&meeting_type=Public+Advisory+Committee+Meeting#results